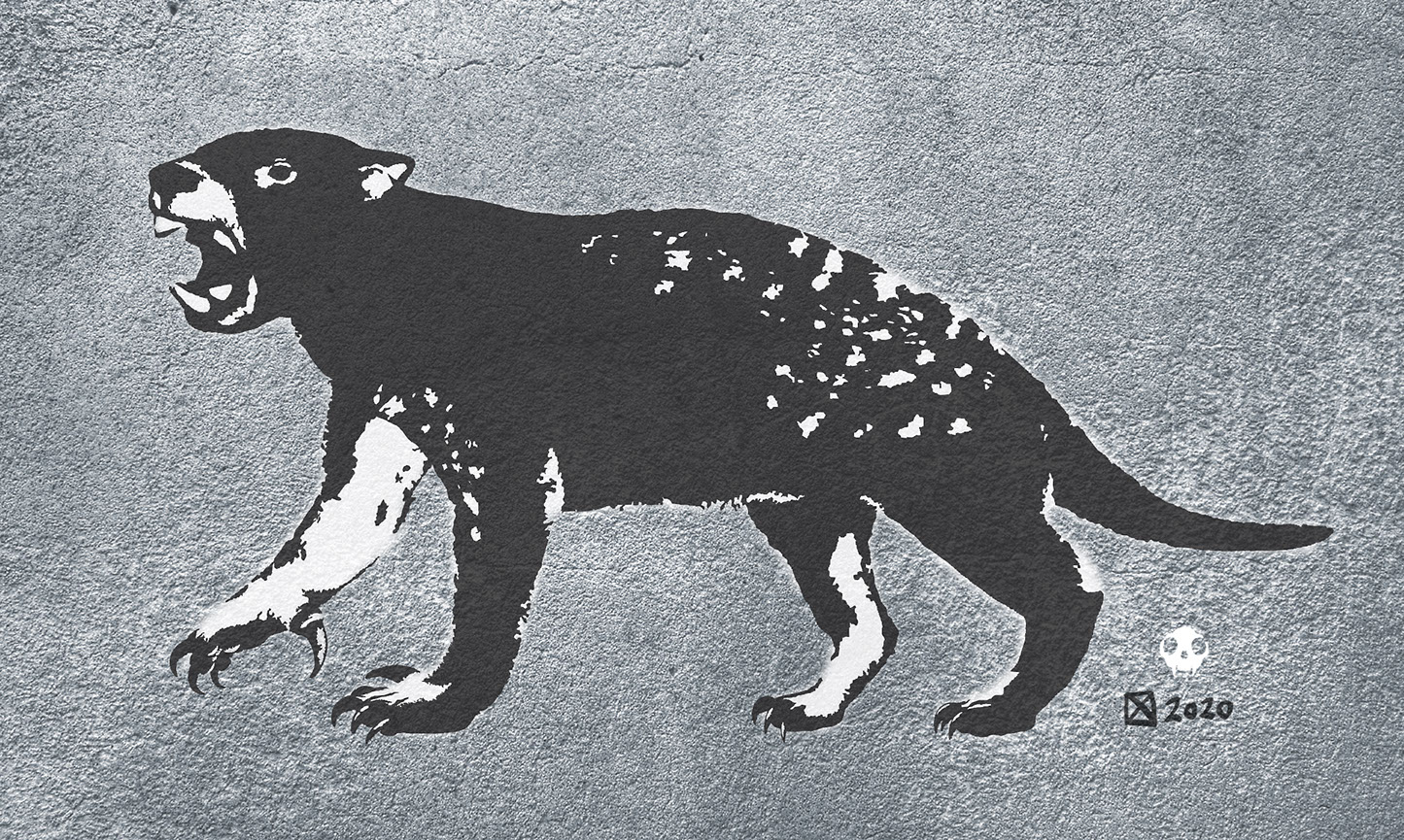 Thylacoleo Carnifex had blade-like teeth in the most powerful jaws, for its size, of any carnivorous mammal living or dead. Stabbing. Slashing. Crushing. Lacerating. Carnifex was a devastatingly efficient predator.

it just wants a hug

With large, muscular front limbs armed with razor sharp retractable claws, this fearsome beast was a formidable opponent – able to take down other megafauna much larger than itself.

Carnifex had thumb claws on its front paws that would make a velociraptor jealous. It used them like meat hooks to hold its prey while its teeth did their work.

it's all about balance

A stiff, muscular tail – similar to that found on a kangaroo – provided balance while dealing with prey or when climbing.

Although there has been over a century of debate about whether it was just a large possum or a lethal predator, current evidence suggests this Jaguar-sized marsupial was definitely a fearsome ambush predator and probably one of the origins behind the legend of the bunyip.

This work, by artist Roger Archbold, explores Maroondah's history from the Pleistocene era and depicts the marsupial lion, Thylacoleo Carnifex, which most likely lived and hunted in the area.

Carnifex looks at the idea of resurrecting the marsupial lion – one of the most fearsome predators the world has ever seen – through breakthroughs in DNA technology and poses the question: could Carnifex turn the tables on feral animals which kill over 300 million native birds and marsupials each year in Australia?

Rock art which depicts Thylacoleo Carnifex can be found in the Kimberley region of Western Australia and it is possible that climate change was a factor in its demise, as diminishing forests provided less cover for this ambush predator.

This life-size likeness of Carnifex is based on fossil evidence provided by Museums Victoria, in consultation with Palaeontologist and marsupial megafauna expert, Wayne Gerdtz and in discussions with Peter Minard, Honorary Research Fellow at La Trobe University.

Learn more about this amazing Australian animal through the interactive red dots on the image above.

The artist would like to thank the following organisations and individuals for their support of this project:

Maroondah-Ringwood Branch of National Seniors Australia for their continued support of the arts in Maroondah.

The artist acknowledges that the land where this artwork has been installed is the traditional land of the Kulin nations.